TikTok has interfered with School Property 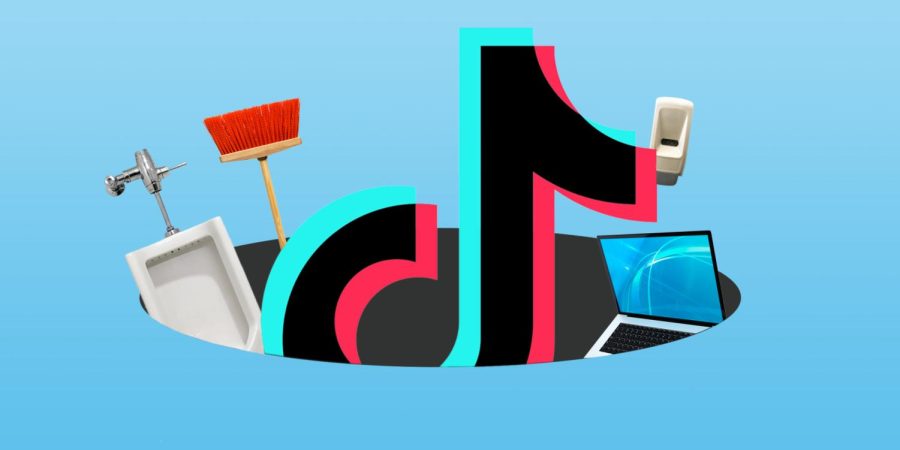 Getty Images presents an illustration with a few examples of "devious licks on TikTok."

In the last four years, the Barlow staff has worked hard on maintaining and creating a clean and well-designed environment here at Sam Barlow. The school was recently under construction in 2018 while finishing up near the end of 2020.

After knowing about the school bond Barlow used for the construction process from 2018 and how the school was going to be reconstructed to a friendlier and safer environment, Barlow students were looking forward to a brand new building being designed and added to the school. The older facilities were re-designed to look brand new. Bathrooms also played an extensive role during the construction process. New flooring was installed, along with mirrors, sinks, and stalls.

Recently, the social media app TikTok has referred to vandalism as “devious licks” on school grounds. CBS News states, “there is a calendar of challenges circulating online.” ABC News says, “the months that revolve around these challenges are September: vandalize school bathrooms, October: smack a staff member, November: kiss your friend”s girlfriend at school, December: deck the halls and be profane, paraphrasing January: violate women, February: mess up school signs, March: make a mess in the courtyard or cafeteria, April: grab some “eggz,” May: ditch day, and June: flip off front office.”

From transferring to a fully online school year to being back entirely in-person, students spend more time in the bathrooms than in classrooms. Previously in September, the “vandalize school bathrooms” trend significantly impacted Barlow since students have started spending time in bathrooms. Mirrors were being removed from the walls, sinks were flooded with paper towels, soap dispensers were being taken apart, and clogging toilets prevented students from using the bathrooms.

It seems as if the students who have participated in these vandalisms don’t appreciate the money, time, and hard work provided to revamp the entire school to create a better environment for the students. Most individuals have a hard time using public bathrooms, and when the school makes improvements, it doesn’t help when other classmates make it a poor environment.

As a result of the vandalism, Principal Bruce Schmidt has enacted a reward of fifty dollars to any student who can provide proof of these vandalisms and whom they may concern. This enactment will help fix the issues and hopefully figure out who has been ruining the school bathrooms.