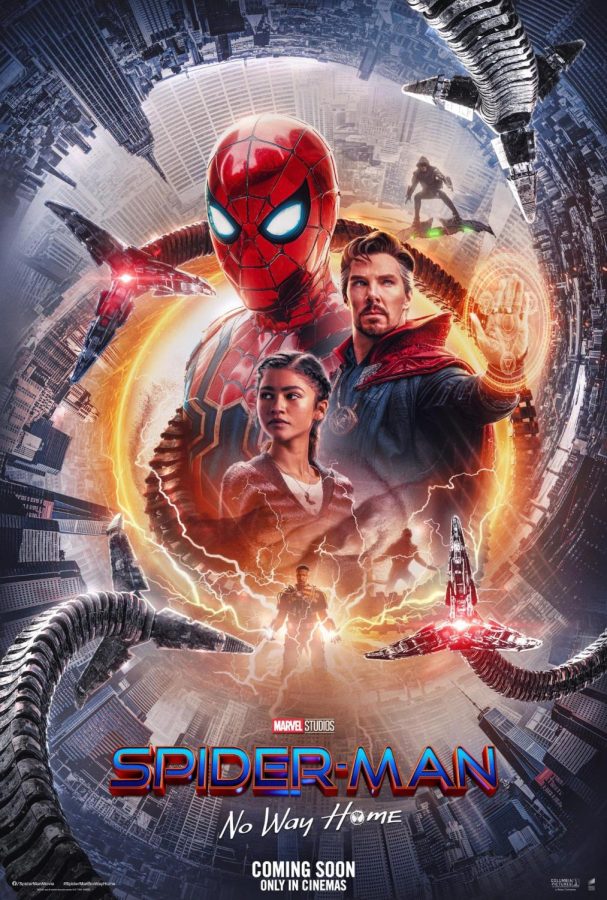 Spider-Man’s identity is now revealed, when he asks Doctor Strange for help. Suddenly, a spell goes wrong and forced Peter to find out what it means to be Spider-Man.

Suddenly, Spider-Man’s secret identity is now shown across the world. Anxiously, he wanders his way to Doctor Strange and asks him for guidance when things suddenly backfire. Peter Parker is now forced into showing what being “Spider-Man” actually means. Movie theaters open their doors and welcome guests to watch the new Spider-Man: No Way Home. With a rating of PG-13, critics appraised this movie, and it has a 93% rating on Rotten Tomatoes, the hype is real!

Fans loved this movie so much because of the easter eggs found discreetly hidden inside the movie. Marvel and Sony Pictures packed as many as they could for entertainment and tease. Fun comic book references were also found from No Way Home. Many easter eggs were sprinkled around and very well hidden across the movie. For example, “I’m something of a scientist, myself,” is a reference meme where Osborn uttered the famous line when Parker was holding a conversation with Doctor Strange in his basement. “I think that easter eggs in movies are an amazing way of expressing talent and being sneaky,” Avery Redfern, a student from Sam Barlow, stated. This line refers to a scene that was the first live-action Spider-Man movie released in 2002.

Bringing back the past, Spider-Man: No Way Home beats Avengers: Infinity War, building up chaos and almost crashing the internet. No Way Home already has the second-highest opening at the domestic box office, reporting at $260 million. 2018’s Avengers: Infinity War came just shy of this with $257.698 million. Things went so well from the movie that it exceeded the original expectations!