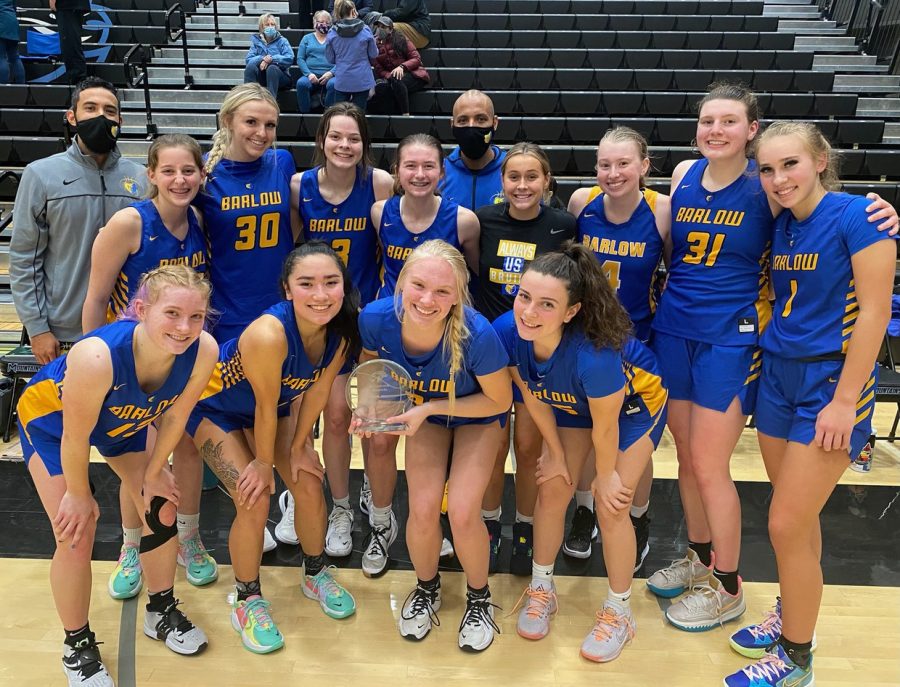 Girls varsity basketball team has been having a good winning season by only losing to two schools out of 16 for the 2021-2022 school year.

Girls varsity played against a tough non-conference schedule in December, and they had great success against some of the top teams in the state. They have won 15 games and lost 2 to Beaverton high school, ranked as number one in the state, and they lost to Jesuit high school, which is classified as number two in the state. The most formidable challenge they had to face was the schedule they had to go through at the beginning of the season. Some of their opponents besides Beaverton and Jesuit they had to play against were Benson, Sheldon, Jefferson, and South Salem. Coach Nick Hudson says, “We have talked a lot about being resilient and keeping our team chemistry high throughout the ups and downs of the season.

Melanie Hiu, a senior at Barlow, played her first YMCA team in fourth grade and then started playing Barlow youth in 6th grade. Since then, she has always been playing basketball. This season has been going very well for the team. Hiu started this season playing well, but now she hasn’t been able to play the second round of league games due to medical issues, but she is hoping to be back by playoffs. It felt good to have a winning season since it’s her senior year; it’s nice to experience this. One of Hiu’s high points for this season was having the opportunity to compete and beat some of the top teams like Clackamas and Beaverton.

Another team member who is happy for this team’s winning season is Annie Koenig, a junior at Barlow. he has played basketball since first grade, which is a very long time. She is pleased about how the team has won against many schools this season. “I’m very happy with how well we’ve been playing. We have held our own against some of the top teams in the state and taken some wins from them too.” Then she went on to say, “the thing I like the most about basketball is the atmosphere, the competitiveness, and the bond we have as a team.” One of the best things for Koenig this season is beating Beaverton. They lost to them the 1st time around, but they had a match-up with them in a tournament. They were down to halftime, but they were able to battle back and get a great team win. “

His high point was also evening the loss to Beaverton in the Portland Holiday Classic for coach Hudson. That tournament was significant l because they won three big games against Sherwood, Beaverton, and Benson l. This season has been going very well for the girl’s varsity team, and they have all worked too hard to win against any schools like Beaverton, Benson, Reynolds, Central Catholic, and many other schools. Although this season started rough for them because of their strict schedule, they all worked hard to win as many games as possible. Coach Hudson would like to say to his team, “I am extremely proud of the hard work that our team has been putting in this season! We have played many of the state’s top teams and come out on top in many, and lost close to a few of them. One of our strengths is how many of our players can contribute in positive ways, and that’s what makes our team tough.”