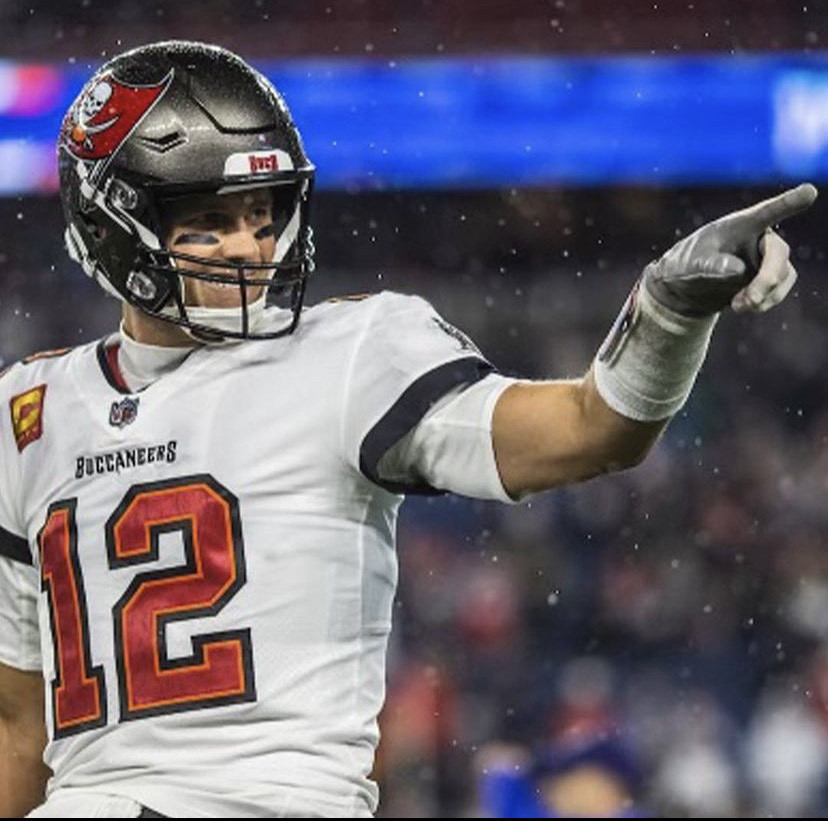 On February 1, 2022, NFL(National Football League) star Tom Brady announced his retirement from the NFL after 22 seasons. Brady spent 20 seasons as the New England Patriots quarterback and two seasons as the quarterback for the Tampa Bay Buccaneers. Throughout the 22 seasons, he threw approximately 84,520 yards and 624 touchdowns. He was selected to play in 14 Pro Bowls. The Pro Bowl is the National Football League’s all-star game. Every year, the best players from the NFC and AFC go head-to-head in an exhibition game to recognize their achievements from that season. He won 1 Comeback Player of the Year award, 2 Offensive Player of the Year awards, 3 MVP awards, 5 Super Bowl MVP awards, and 7 championships. Brady Announced his retirement through a post on Instagram saying that he is, “not going to make that competitive commitment anymore.” He also thanked everyone with the Bucs, his family, and business agents and partners in the post. Although reflecting on his career in the NFL, he did not specifically mention the Patriots, but he thanked the fans and team in a later response.

Brady’s career started at a young age, and he excelled in football and baseball at Junipero Serra High School in San Mateo, California. After graduating, Brady passed up the chance to play baseball at the University of Michigan. Brady’s college football career didn’t start until his junior year, and he served as the starting quarterback. Onto his NFL career, Brady was drafted to the New England Patriots during the sixth round of the 2000 draft. At first, he started as a backup quarterback and played in one game that season. The 2001 season was drastically different. After the starting quarterback Drew Bledsoe became injured, Brady stepped up and proved himself to be a strong leader with a mighty arm. In the postseason, he helped the team secure the win against the St. Louis Rams at Super Bowl XXXVI, where he received the game MVP award. His career with the Patriots lasted for another 18 seasons before he retired from the New England Patriots and signed with the Tampa Bay Buccaneers on March 20, 2020. After Tampa’s loss to the New Orlean Saints, Brady helped get the team back on track and brought three consecutive wins. That same year with Brady’s help, the buccaneers made it back to the playoffs for the first time in 13 years. During the Super Bowl, LV Brady and the Bucs had a significant win, ultimately defeating Patrick Mahomes and the Kansas City Chiefs.

On Brady’s Instagram post about his retirement, comments were highly encouraging and supportive of Brady’s retirement choice. Even other major influencers and celebrities commented on his retirement, such as The Rock saying, “Congratulations, my brother. What a historic career. Now go enjoy that next chapter with that same passion, zest, and mana.” Kevin Hart says, “ U will be missed, champ.” Brady has widely been known as the best quarterback in NFL history, and his retirement deeply saddens many football fans. He is thankful for the opportunities and time he had playing the sport he loves, but he’s now choosing to focus his time and energy on other things. Although Brady’s retirement does seem permanent, the Buccaneers are leaving an open door for Brady’s potential return.